As a presenter, Boo is a force of nature who can start or close any event and engage an audience like none other. He’s energetic and charismatic, surprisingly inspiring, and his deep performance mindset will empower your teams to tackle disruption head-on and be successful every time.

His story starts at 50,000ft before weaving through the Afghanistan mountains, the United Nations halls, and the boardrooms of Sydney, London, New York and … Port Moresby. He has committed to pursuing a life with purpose ever since those heady jet fighter pilot experiences; investing in businesses, opportunities and adventures that inspire him and those around him to take action.

Boo’s personal journey has been defined by a deep understanding of purpose-driven performance; he calls it “Deep Performance”. At the tender age of six, he was gifted with foresight, purpose and a big dream – to become a fighter pilot. A dream he fulfilled 15 years later, prior to embarking on a career as a jet setting entrepreneur.

He’ll share with you the secrets to creating “Deep Performance” – that disruptive and sustainable high-performance mindset which will create momentum for your organisation for years to come.

As a bestselling author, Boo is also a living, breathing example that you can achieve anything you set your mind to. He is obsessed with performance: he blogs, writes, coaches and mentors all things “deep” performance, and defines his success by the success of those he works with.

“There’s a special type of joy you feel when you help someone surpass their expectations. That’s what drives my obsession with deep performance. By performing we live the life we desire, find emotional balance, manage stress and build networks that support and enhance our abilities to 'get it done'”. Boo

Achieving a state of “Deep Performance” is the holy grail for organisations. Think Amazon, Google, Microsoft or Warren Buffet, all examples of sustainable, markedly above average performance. Purpose driven, aligned and sustainable, deep performing organisations “think” expansively and “do” with unwavering focus and explosive energy.

When we “think” and “do” this way, we create Situational Awareness a powerful concept that allows you to make sense of the world and exploit opportunity and recover quickly when the wheels come off. 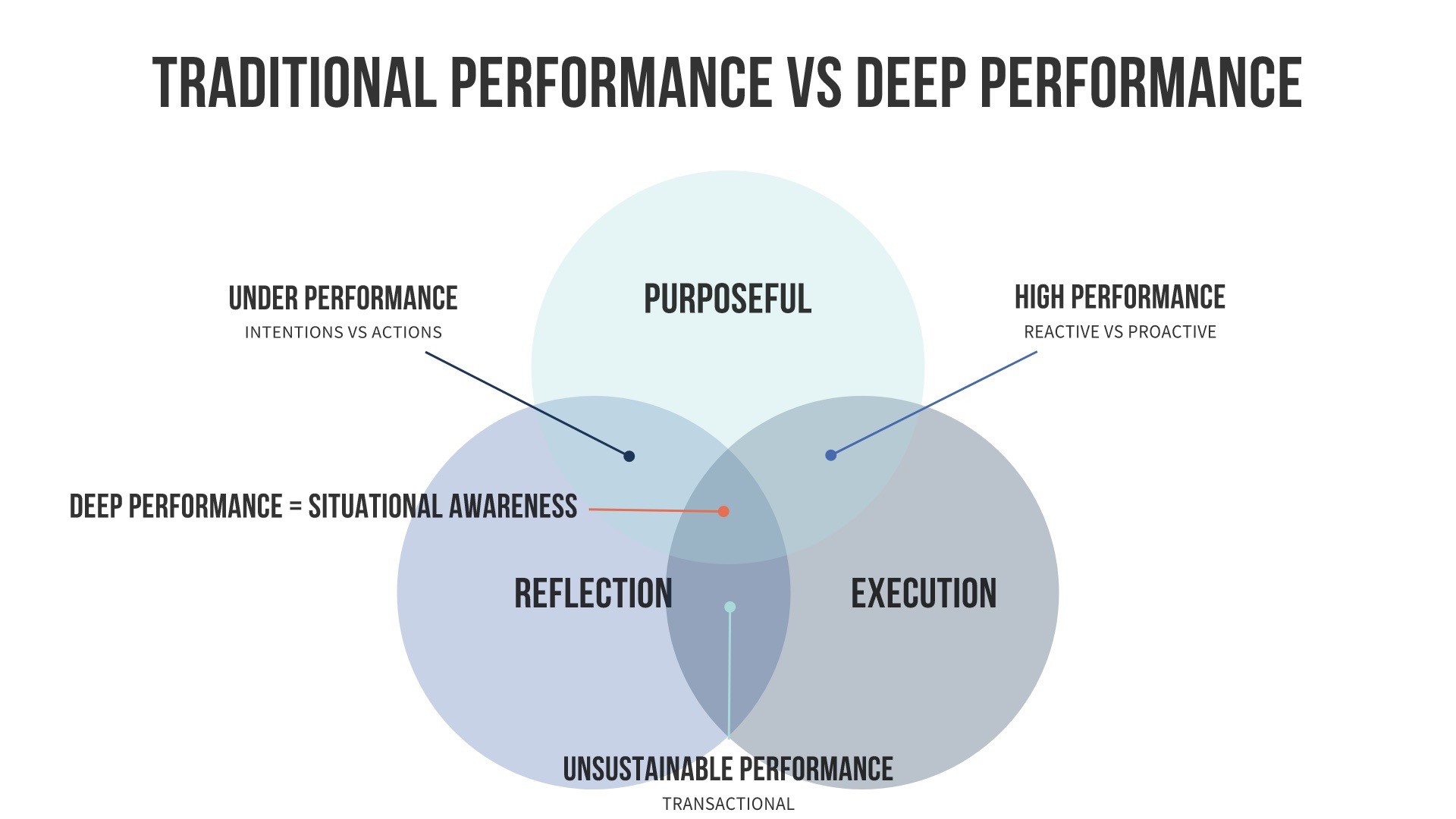 We develop high performing teams when our day-to-day activities align to our long-term Purpose. Isn’t that enough? Not really! Deep Performance is created when we take that extra step. To reflect on each day and ask ourselves a simple question.

“Did we do the right things today to get closer to our goals tomorrow?”

Deep Performers reflect, learn and do. Together! 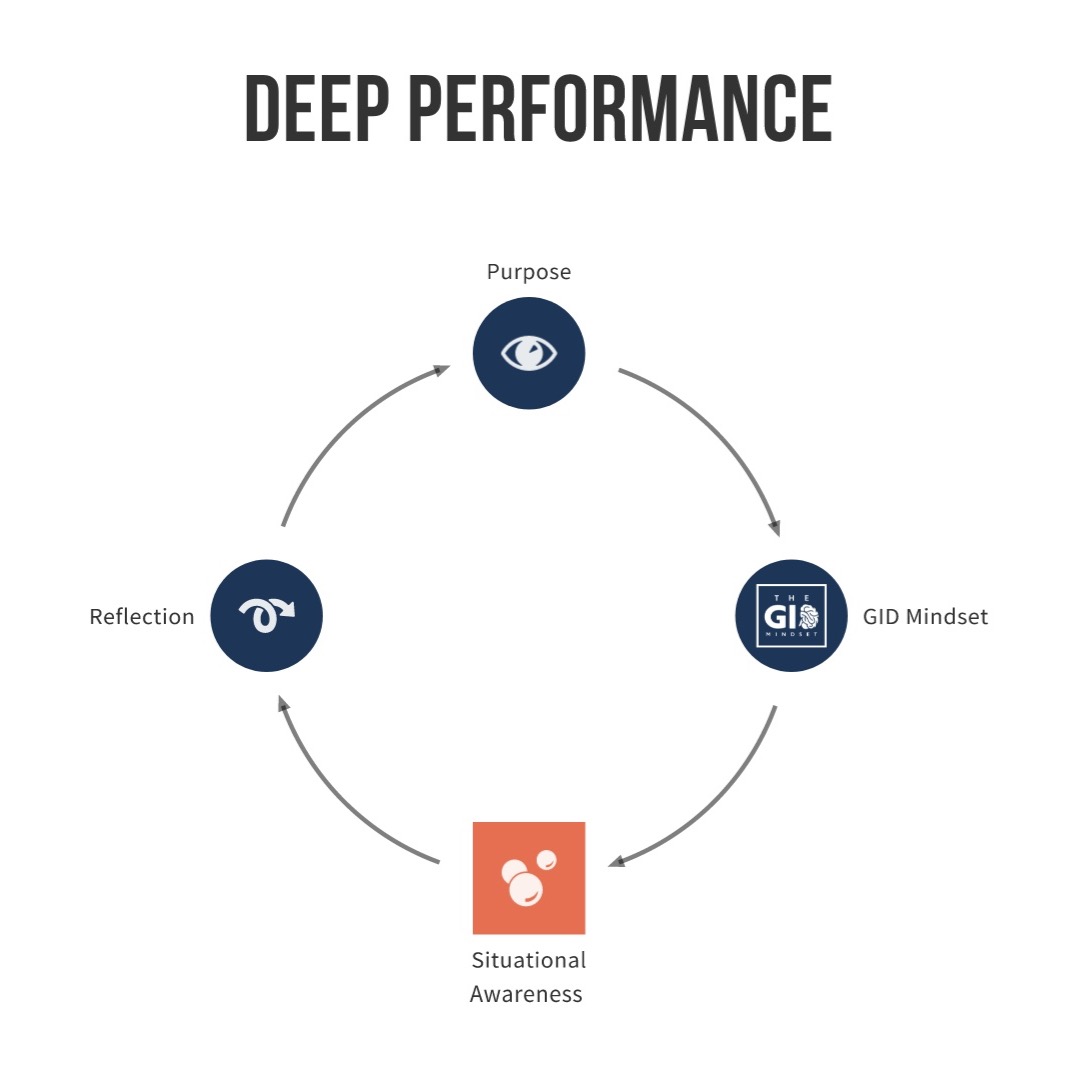 To achieve Deep Performance, we must understand the relationship between its four essential ingredients.

Purpose – There’s over 20,000 books on the topic of purpose on Amazon. The purpose model I define here is an amalgamation of of over 140 of successful people when asked “How do you define your purpose”

GID Mindset – Don’t just get stuff done. Get IT done or you’re welcome to use my mantra “GID!” IT is one meaningful goal per day,  inching you closer to fulfilling your destiny. Too often we’re just doing too much, and finishing nothing at all. Studies have shown up to 50% of the work you do is pointless. If you can’t answer “What’s the point?” to the stuff you do each day, then stop doing it.

Situational Awareness – Is connecting what we want to do to what we have to do, because the world throws us curve balls all the time. Sometimes we hit a home run, sometimes we miss. Good situational awareness means we can adapt quickly and keep moving forward.

Reflection – Ask yourself these four questions

Then it’s simple, as a leader and a team, commit to fixing the shortfalls!

“I have always believed anything is possible. I believe in myself. I believe I must perform. I believe actions speak louder than words. I believe living to your purpose is how you measure success. I believe doing something is better than nothing. I believe we should embrace failure. I believe you never give up when the journey gets tough. I call these beliefs my GID Mindset. When we have this mindset, all of life’s detail falls into place." Boo

Boo’s personal journey has been defined by deep understanding of performance, almost by accident. He was bestowed with purpose from the age of six, with a dream of becoming a fighter pilot. A dream fulfilled 15 years later.

He has committed himself to pursuing a life with purpose, to invest in businesses, opportunities and adventures that inspire action for himself and those around him. He has developed a deep understanding of the nuances of human performance and how success is a powerful motivator, yet something we sometimes fear. We just need to understand what success looks like, the journey to get there and then, do it! To survive then thrive, that’s what he has learned to do. To make things happen. To Get it done.

Human performance is a bit like the Apollo rockets that captivated humanity 60 years ago. Prior to launch it is lumbering, inert and full of potential. To unlock that potential, we needed a spark. That spark unleashed unbridled raw power, igniting the fuel that created an unstoppable momentum, powering the rocket it to its destination.

This is deep performance, finding purpose, igniting your potential and shooting for the moon. GID!

I BELIEVE THAT PERFORMING IN LIFE CREATES DEEP CONNECTION TO YOUR PURPOSE AND THE CONFIDENCE TO FULFILL IT, SUCCESS ALSO FEELS GOOD!

WE CAN ONLY TRULY REACH DEEP PERFORMANCE IF WE EMRACE REFLECTION AND FEARLESS FEEDBACK. ONE CASE STUDY OF 638,000 PEOPLE DISCOVERED HIGH PERFORMERS ARE 400% MORE PRODUCTIVE THAN THE AVERAGE. IF WE TRANSLATE THAT INTO TIME, WE COULD POTENTIALLY LIVE OUR ADULT LIVES FOUR TIMES OVER!

EVEN JUST 25% OF THAT EXTRA PERFORMANCE GIVES US AN ADDITIONAL 45 YEARS WE CAN FILL WITH MORE EXPERIENCES, MORE GROWTH, MORE LIFE!

Boo is a deep performance coach and mentor for leaders, their teams, and aspirational individuals. He helps people connect their purpose (wants) to a strategy (plan) to make an impact (do).

Over the past 40 years the Royal Australian Air Force trained only 400 fighter pilots, Boo was one of them. Less than 1 in 10 start-up businesses survive beyond a year. Boo has successfully launched and grown four.

How has he beaten the statics to consistently achieve his goals? By adapting the mindset and skills he learned to fly a fighter jet to the way he lives his life. He calls it Deep Performance.

Boo really started his journey with leadership and high performance over 25 years ago, as a mission commander in the Royal Australian Air Force leading 100’s of men and women on complex missions where the margin for error is only 5 secs, all while travelling in excess of 1,500 km/h!

His successful fighter pilot career was tragically cut short after being diagnosed with a rare auto-immune disease called Ankylosing Spondylitis at the age of 30. Confronting this significant life challenge Boo decided to leave his young family and catch a flight to war-torn Afghanistan. Wanting to change the world for the better with ethical service delivery he founded CTG Global, today one of the world’s largest humanitarian project support companies. He considers this his real-life MBA, working within the multi-billion dollar aid agencies and building multi-functional teams with people from all over the world to deliver health, education and security to people with few options left.

With one successful business behind him, Boo turned his GID Mindset to subsequent business ventures including a $42 million record-breaking inner city hotel development made of LEGO. From LEGO to co-authoring a bestselling book on high performance before acquiring and growing one of the world’s largest aviation publishing businesses, reconnecting him with his other true love! Aviation.

The drive to lift people to live their full potential drives him today personally as well as creator and co-host of  The Few Leadership Podcast. Boo’s fascinating journey has exposed him to world class leadership and performance models from every industry sector. From Microsoft to mining and Woolworths to McDonalds, he has had the opportunity to mentor leaders and their teams, helping the to deliver meaningful impacts for their customers.

Discussions around an organization’s performance are challenging and often very personal. The lens in which we view performance can also be a little narrow. Boo’s unique perspective on deep performance allows everyone in the organization to look at their performance through a fresh set of eyes, as an individual, as a team member and as a leader. 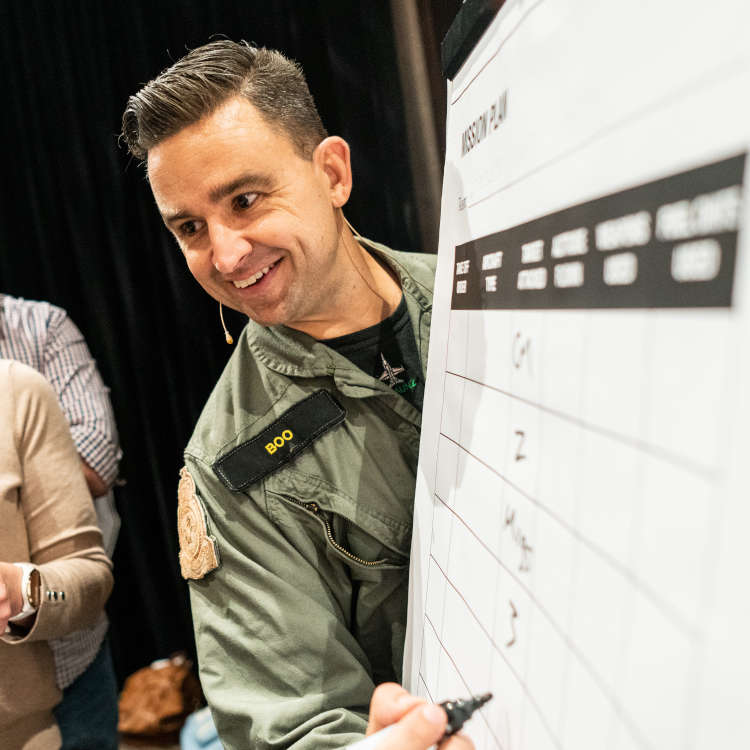 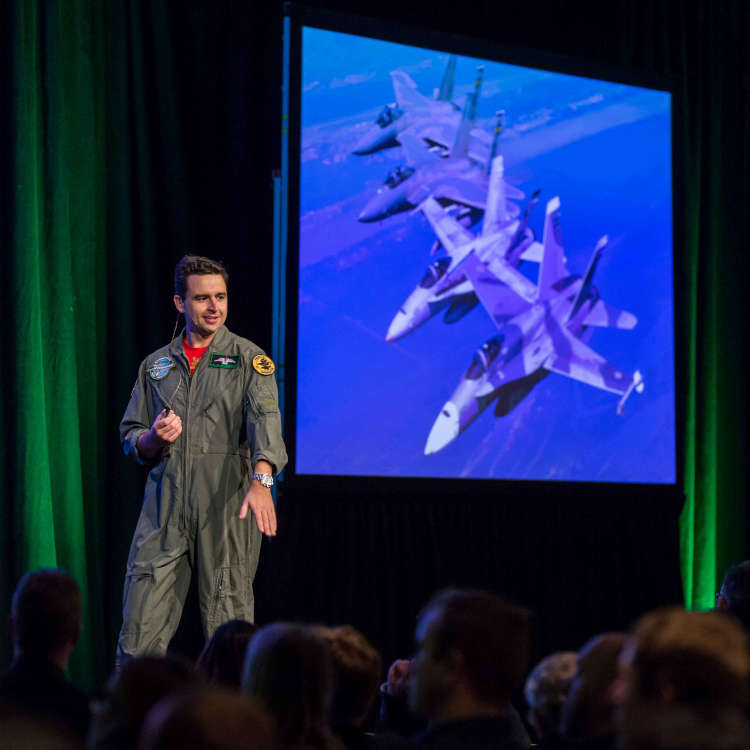 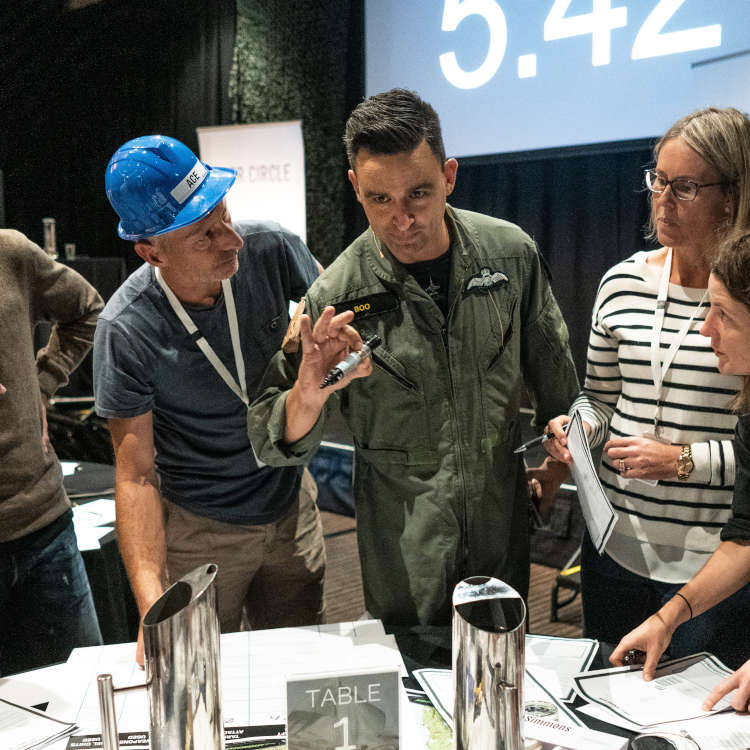 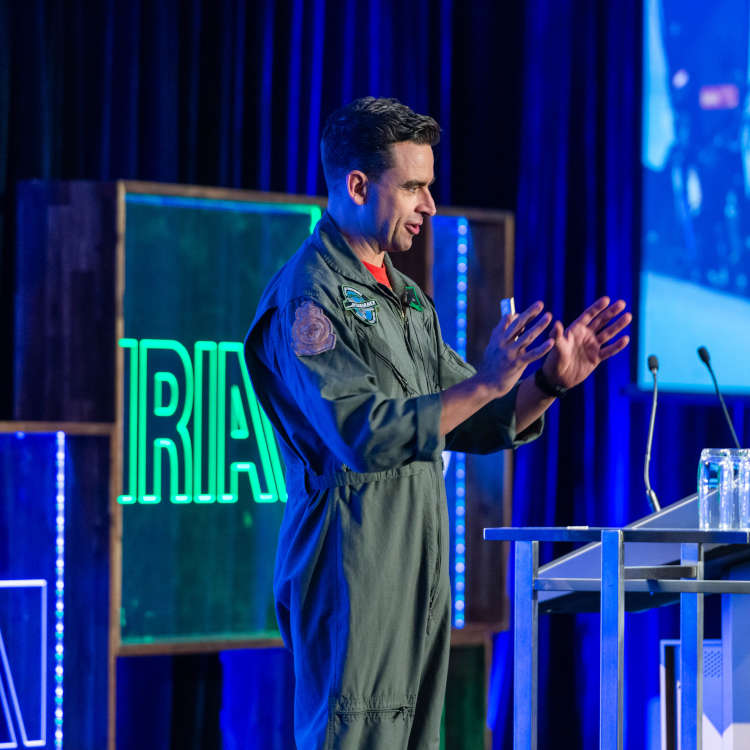 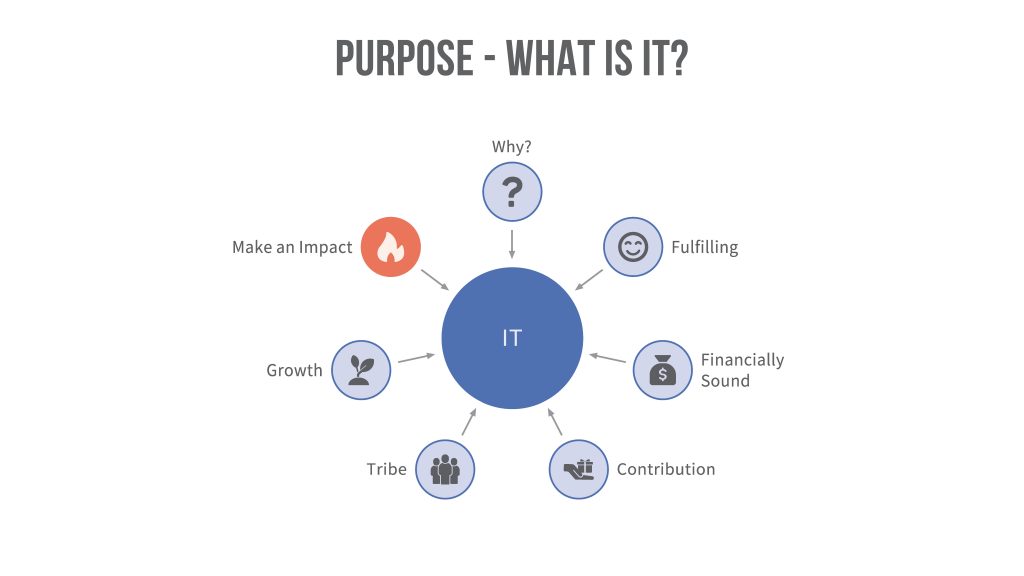 Purpose is s single statement that encompasses these fundamental elements. Once we have our purpose, we’ve created our destination and we’ve let go of the vice of time
No we need to create our momentum, we have to perform! Why, because when we perform we win and when we win we feel good, simple!

The best way to create this momentum is to grasp the concept of situational awareness, or “SA”.
TO DELIVER AN IMPACT YOU NEED GREAT SITUATIONAL AWARENESS
SITUATIONAL AWARENESS IS LIKE A BUBBLE, SOMETIMES we have great awareness – our Bubble is “BIG”, more OFTEN “SMALL”.

We want our LEADERS, TEAMS AND INDIVIDUALS to proactively CREATE "Big" bubbles of situational awareness. 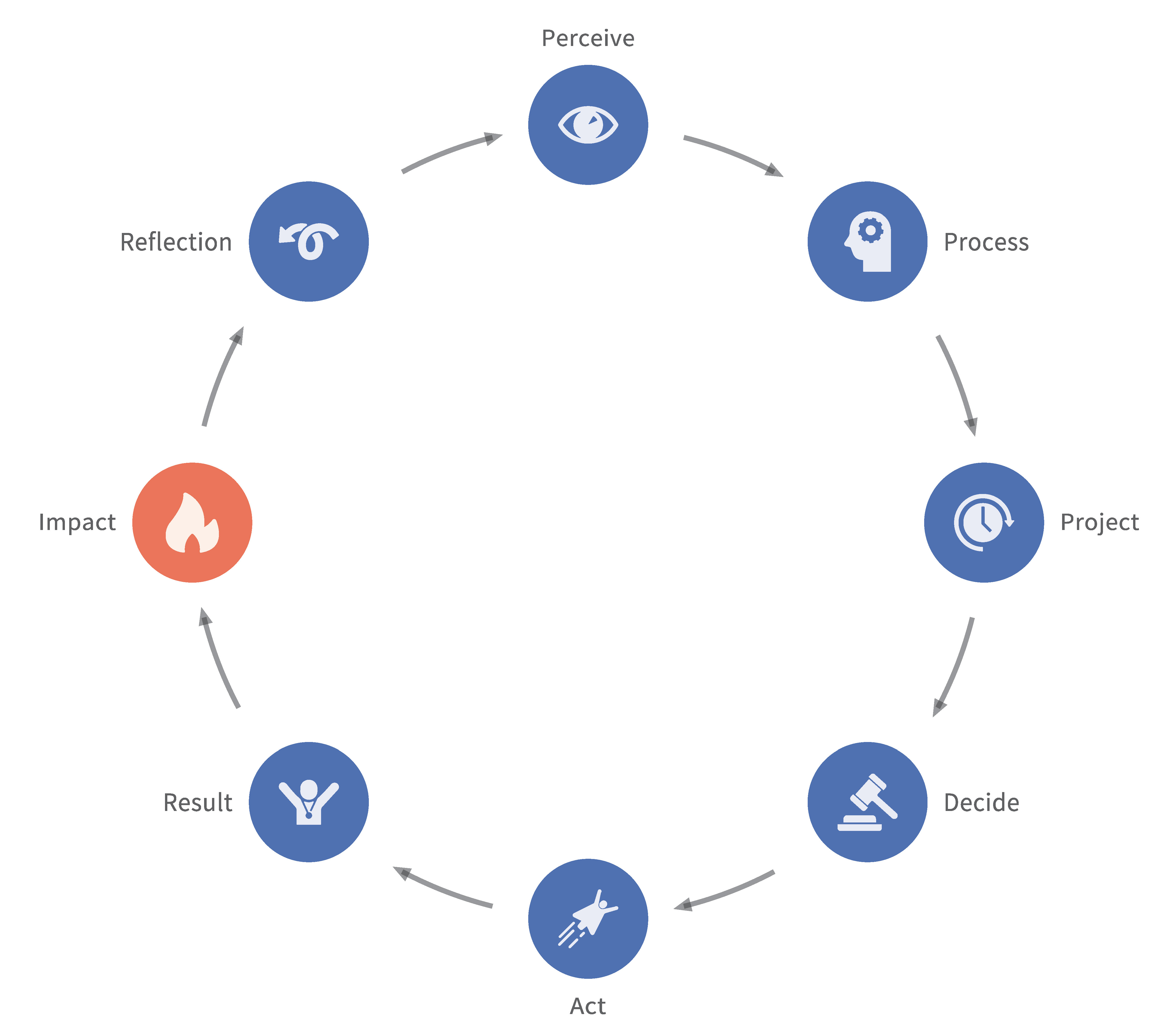 The best way to create this momentum is to grasp the concept of situational awareness, or “SA”.

TO DELIVER AN IMPACT YOU NEED GREAT SITUATIONAL AWARENESS

SITUATIONAL AWARENESS IS LIKE A BUBBLE, SOMETIMES we have great awareness – our Bubble is “BIG”, more OFTEN “SMALL”.

Learn More About the SA Loop

How it all comes together 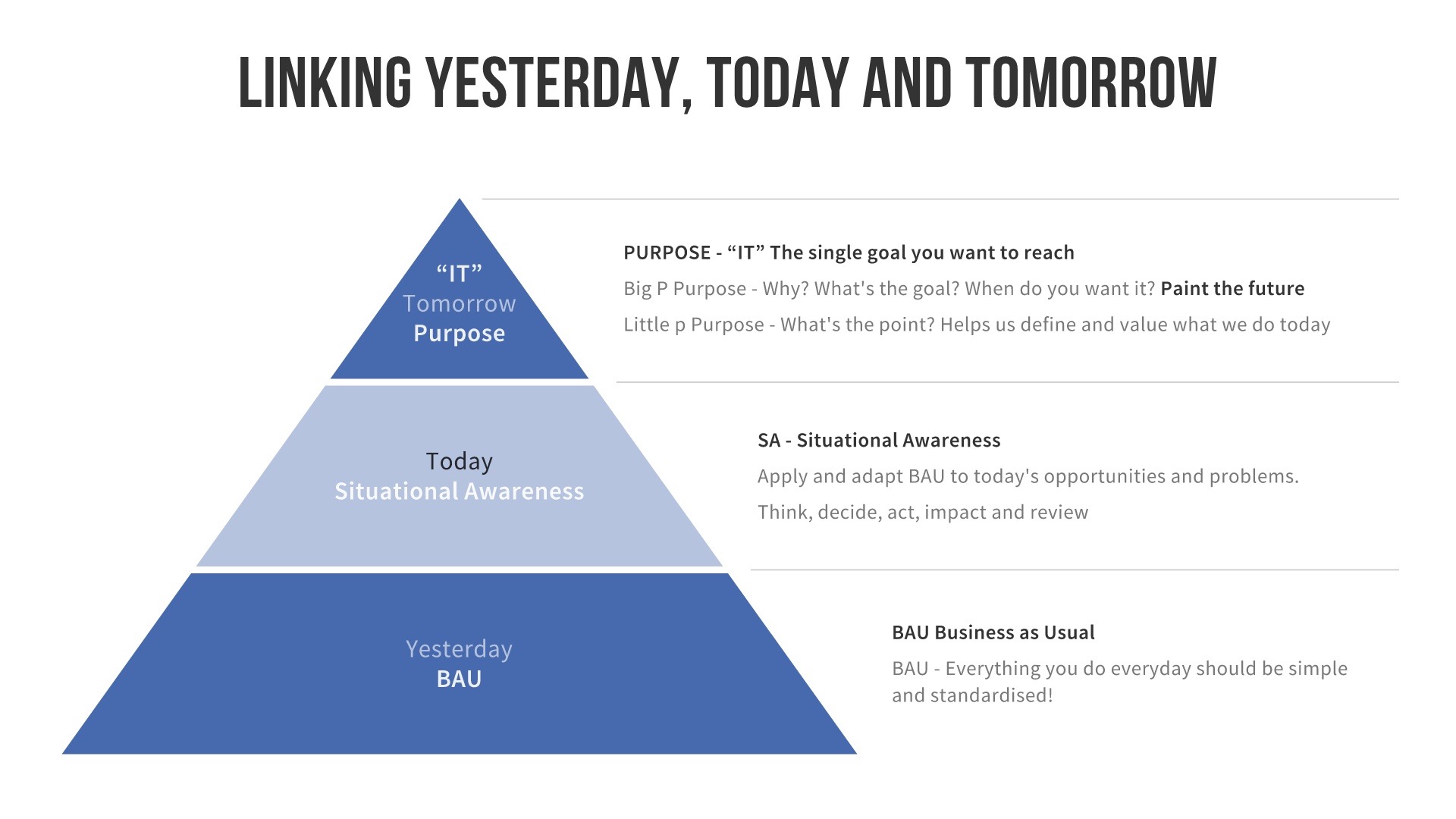 NOTHING IS AS GOOD OR AS BAD AS IT SEEMS

I remember a particularly bad day in the office.
We’d just finished a very complex mission, I was the overall Mission Commander and my team failed within minutes of the “push”, the start of the mission.

I was a young, super motivated and hard working young fighter pilot and I was devastated.

My Boss, who I hugely respected, put his hand on my shoulder and said to me “just remember, nothing is ever as good or as bad as it seems”.

Deep Performers fundamentally understand the ebb and flow of success. There are no quick wins, just a sequence of failures and small wins that ultimately deliver meaningful impacts. ​

“This was a very good presentation by Boo, wasn’t sure what to expect, thought it was going to be cheesy but that changed quite quickly. Love the simplicity of the approach and eloquently explained, which can be used in day to day personal live and objectives, small business to large corporations. I’m an advocate and would recommend anyone to see the presentation to assist them achieve whatever they would like to do in their life.”

“Hi Boo, it was great. I am now clear on the importance of clarity for our team. Very inspirational.”

“Boo’s presentation for AMEX on FLEX methodology was amazing – he brought humour and charisma and his amazing life experiences to show how we can bring situational awareness to our roles and look to strive to achieve (and debrief!)”

“Great session. Very inspiring and motivating. I will definitely be bringing the 3 Rs and debriefing and Red team into our office.”

“What an amazing day these boys put together. Boo your engagement was genuinely incredible and hearing your story is inspirational.”

“Was really good and engaging. Full of high energy and high octane. Was in the Mission Possible group from Toyota. Really recommend.”

“I was fortunate enough to be present at this absolutely awesome presentation at the VPNG conference. Thank you for the inspiration and for the recognition. I am so keen to ensure the FLEX method is something I can incorporate into my working practices. Thank you for your enthusiasm and passion!”

LEARN MORE AND GET FREE STUFF!